Veterinarian and Board Member 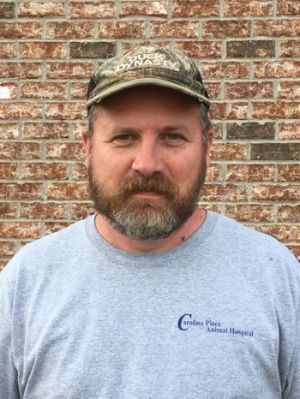 Dr. Robby is a 1988 graduate of Northwestern High School in Rock Hill.  He attended Winthrop College for 2 years before transferring to Clemson for a year.  He was accepted at Tuskegee University School of Veterinary Medicine in Alabama where he completed his studies early and graduated in 1995 receiving his Doctor of Veterinary Medicine (DVM) degree.

Dr. Robby returned to Rock Hill and began practicing with his uncle, John Henry Chappell, III, DVM.  In 1999, he decided to strike out on his own and opened his own practice, Carolina Place Animal Hospital on Carolina Place Dr. in Fort Mill, SC.  In 2007, Dr. Robby opened the branch office of CPAH on Hwy 9E in Richburg, SC. (just off I-77 at exit 65).  After outgrowing the Carolina Place Drive facility in 2010, Dr. Robby relocated to the present location at 8177 Regent Parkway in Fort Mill.

Dr. Robby sees all types of animals from dogs, cats, falcons, owls, and rodents, to goats, deer, snakes, turtles and chinchillas.  He is well-known for his excellent orthapaedic surgeries as well as his general practice skills.  He is also well known as the ‘doc in the camouflage baseball cap’.  He is a very caring individual who values the lives of all animals that are brought to him for treatment.

Dr. Robby resides in Winnsboro, SC and has 4 children:  Peyton, Zachary, Jolie, and Addy who live in Rock Hill, SC